Seven authorities face the housing delivery test's most severe penalty by the time of the next test results, if their delivery rates do not increase sufficiently. Seeking to adopt local plans, creating their own development companies and securing infrastructure funding are among the ways they are hoping to increase housebuilding. 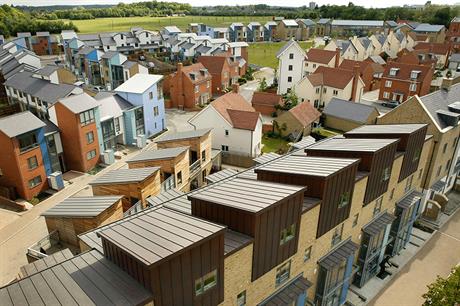 After almost three months of delay, last week, the government published its first ever housing delivery test results. The test aims to measure the rate at which new homes are created in a council’s area against the authority’s housing requirement over a three-year period.

Last week’s results showed that no council will face the test’s most severe sanction – the National Planning Policy Framework’s presumption in favour of sustainable development. Under the 2018 test criteria, authorities had only to deliver 25 per cent of their housing requirement between 2015/16 and 2017/18 to avoid this penalty.

However, the next assessment, looking at housing delivery in the years 2016/17 to 2018/19, will be published in November this year and will raise that bar to 45 per cent. Seven local authorities are currently on course to fall below the 45 per cent threshold, unless they record a significant increase in delivery during the current financial year.

At the bottom of the delivery rate table, New Forest District Council in Hampshire and Calderdale Council in West Yorkshire delivered a respective 35 per cent and 36 per cent of their housing requirement. Both pointed to emerging local plans as evidence of their longer-term commitment to boosting those percentages. Under the test rules, if councils have an up-to-date local plan during the three-year assessment period, their housing target is used for the housing requirement figure if it is lower than the household growth projections plus any unmet need from neighbouring authorities.

Currently, New Forest does not have an up-todate local plan and its 2018 delivery test figure was based upon the household projections. Claire Upton- Brown, chief planning officer at New Forest District Council, said the council has "prioritised moving forward a new local plan, which is subject to government examination in the summer". The new plan "promotes an appropriate level of housing growth for the area", she said, and the council is aiming to "be able to deliver the appropriate level of growth confirmed through the local plan examination process". "We are already well on our way to accelerating the numbers of new homes built in the New Forest district," she added.

Similarly, Calderdale also lacks an up-to-date local plan and was subject to the household projections. Daniel Sutherland, the council’s cabinet member for planning, said: "We submitted our local plan for examination on 11 January 2019. As we pass the various local plan milestones we are confident that delivery will increase and the test will be met." He also said the council is "taking a number of actions to step up our delivery".

The London Borough of Redbridge said it believes it has already taken the steps necessary to meet the 45 per cent threshold in November this year - although it has conceded it is unlikely to meet the higher 75 per cent threshold in 2020. A spokesman said the council has established a wholly-owned development company to build housing. Last month, the authority published an action plan identifying steps to increase delivery by private sector developers, including a more proactive approach to engaging with developers to find out why sites have stalled and how the authority can improve its planning service.

A spokesman for Adur District Council in West Sussex said it is "taking all necessary steps to increase housing delivery to avoid any future government sanctions". It said in the past year it has has approved two strategic housing sites of over 1,100 homes and has secured over £15 million of government funding to pay for essential infrastructure to assist the delivery of both of them. However, one of these sites was referred to the secretary of state last October, the council said, and it is "still waiting to learn whether the application will be called in".

The City of London Corporation simply said that it is delivering against its current local plan targets and is consulting on an emerging plan that sets higher targets. Like Redbridge, Barking and Dagenham said it has also established a wholly-owned regeneration company. Be First is "on track to deliver around 2,700 new homes over the next four years," said a council spokesman, "which would be a dramatic increase in new housing delivery compared to historic trends". The council also said it is introducing "stronger monitoring" of planning consents to ensure sites are built out. Thanet District Council in Kent, the only other authority currently sitting below the 45 per cent delivery threshold, declined to comment.

Alex Roberts, director at DLP Consultants, said despite their efforts, most of these councils will struggle to turn things around in time for the next assessment in November this year. Few of the authorities in question appear to be on the kind of upward trajectory needed to hit the 45 per cent threshold, he said: "They will need an increase like they have never seen before to reach these targets."

Roberts outlined a series of measures councils could consider to address under-delivery and avoid sanctions in future years. "If it’s an infrastructure issue, are you working with the county council and going to funding bodies? Should you have someone dedicated to the discharge of conditions?" he said. "It’s making sure your service is geared up to the delivery of housing."

The implications of sanctions under the housing delivery test will likely vary from authority to authority, said Jonathan Dixon, associate director at consultancy Savills. For example, if the presumption in favour of sustainable development is applied to a council with a large amount of green belt land, it will be less susceptible to speculative planning applications than a council with no green belt. "It has more implications for those that are not green belt authorities," he said.

Some developers are already keenly reviewing the latest delivery test results, said Roberts, looking ahead to November to see where their efforts may best be focused. "I’ve been asked already, can you have a look at the list? Who’s going to fail?" he said. "Developers will be submitting speculative applications in the next couple of months."

Application for conversion of barns approved despite repeated requests for withdrawal